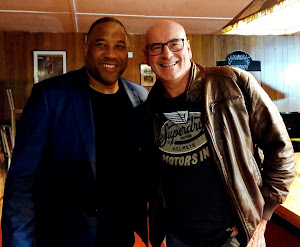 Rob Underwood met up with former Watford,  Liverpool and England legend John Barnes who's  been visiting Lincolnshire. Much to talk about after such an illustrious career including that memorable goal he scored in an England shirt against Brazil. More about that later but first, was the thought of becoming a f ootball star the stuff of dreams for John as a child? Rob Underwood Media · John Barnes Part 1
Post a Comment
Read more